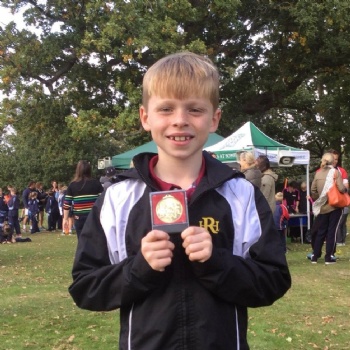 It’s been another winning week of sport at Radnor House Sevenoaks!

On Tuesday our Prep teams travelled to Twickenham for the inaugural Radnor vs Radnor Football and Netball tournaments. The players enjoyed the unseasonably warm weather and there were some fantastic skills on display. As the final whistles blew it was all smiles for Sevenoaks with our teams emerging victorious in all 4 matches. Go RH7!

Tuesday also saw our U13 girls in action, making their first appearance in the ISA Girls Football Championship. Teams from all over England descended on LVS Ascot with over 200 girls from over 34 schools taking to the field. After losing out to some much bigger and stronger opponents in their early games, our girls dug deep and emerged as eventual winners of the Shield Cup. It was a tremendous day of football and lovely to see the girl’s perseverance and determination rewarded with medals and a trophy.

On Thursday it was the turn of the Radnor runners who travelled to Somerhill for one of the key Cross-Country meets of the season. All eyes were on Jack Duffy in the U9 event, one of Radnor’s top athletes who had a point to prove after falling in this event last year. There were no mishaps this time round and Jack crossed the line to take first place. A phenomenal achievement in a strong field of 85 runners! A huge well done to Jack from everyone at the school.