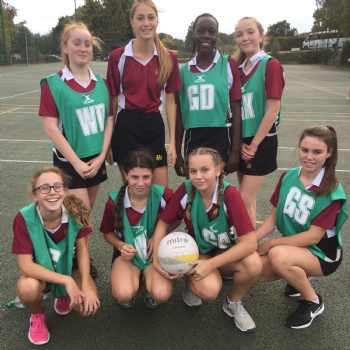 With one eye on the approaching school holidays, there was still time for a bit more sporting action this week.

On the footballing front the Radnor House boys U12 team played their second round of the Kent Cup at Borden Grammar School. It was a very close match which both teams could have won, unfortunately it ended in a 2-1 close defeat. At home our other U13 teams hosted Ardingly College and had two fantastic games with lots of goals.

Our netball girls were out on the road with two teams travelling to Benenden. The U12’s secured a solid 9-3 victory, whilst the U13’s were unlucky to lose 5-6 in a hard fought match. Special mention must go to the U14 Netball team who pulled off a very impressive 17-4 win against Kent College! Whilst Maisie took player of the match, the whole team should be congratulated on their focus, determination and teamwork.

This week has also seen Years 3-6 competing in the Inter-House Cross-Country tournament. Results to follow later today once the competition has concluded.

The sports programme resumes w/c 5th November with an action packed week of football, netball, hockey and swimming. Until then, we wish everyone a restful and relaxing half-term break.