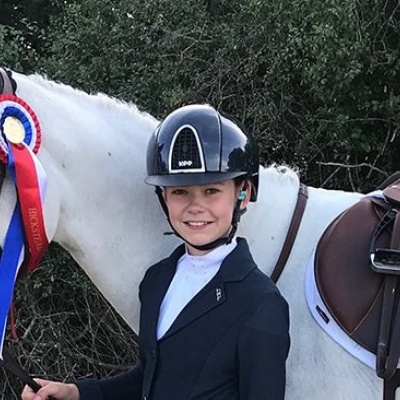 Honor qualified for the finals of the NSEA Elite class earlier this year riding her 11 year old Connemara pony, Zara Queen of Hearts.

The championship finals saw 43 riders from the UK & Ireland compete for individual honours over a 1.10m track against the clock in the International Arena at The All England Jumping Course, Hickstead.

Whilst other riders struggled to get the time without knocking a fence, Honor and Zara left no room for error as they flew down to the final fence.

Then on Tuesday, Honor went on to compete in the British Showjumping National Championships at Stoneleigh in Warwickshire, taking the first win of the show and was crowned the 2018 Pony Restricted Rider 1.00m Champion.

Congratulations Honor for this phenomenal achievement!