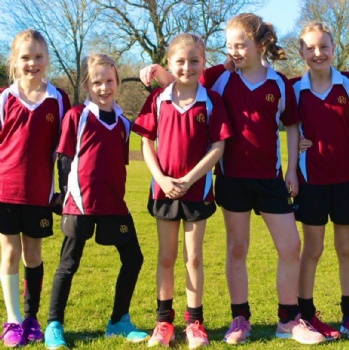 As England basked in record-breaking warm weather, our athletes were delighted to be out and about enjoying the sunshine.

The standout netball performance of the week came from the U10’s who notched up a 15-0 victory away at The Mead. It was an outstanding team display with a very impressive work rate from all the players. Congratulations to Ava P who was voted most valuable player.

The Prep Rugby boys had a very busy week starting with a trip to Fosse Bank on Wednesday. Radnor fielded two teams and both looked impressive. The U10’s came away with a solid 10-10 draw; Theo was MVP, with Will VK scoring the bulk of the tries. The U11’s also looked strong and earned a well deserved 15-10 victory.

On Thursday, the boys took on Solefield. The star performers of the day were the U9's who demonstrated excellent teamwork and courage to secure a 7-6 victory. Special mention must also go to our youngest competitors (the U8's) who were narrowly defeated 7-8; it was a brilliant competitive match with Ethan S giving the standout performance.

The Radnor Cross Country teams were on the road this week at the annual Hilden Grange Cross Country event. The U8 and U9 teams competed well and all enjoyed this fantastic experience. Special mention must go to Adam K who finished 3rd out of 50 runners.