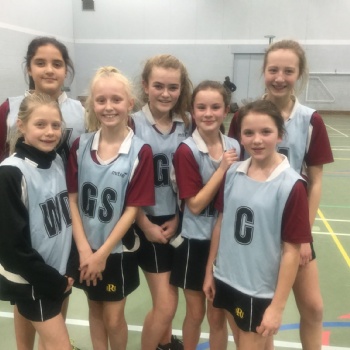 Last week saw sub-zero temperatures and snow on the ground but it was business as usual for Radnor Sport.

This week saw the Radnor girls take centre stage with a bumper schedule of Netball fixtures.

- Monday: The U12’s kicked off the week in style with an impressive 16-1 victory against Knole Academy. There was some fantastic netball on show, with excellent team work and ball handling skills. Well done Iona voted MVP, plus great shooting from Grace and Issy.

- Wednesday: Saw the U12’s and U13’s take on The Hawthorns. With snow on the ground there was the possibility of cancellation, but luckily we managed to keep the fixture by switching to play indoors. The U13’s opened proceedings with an 8-4 victory. Imogen was named MVP. This was followed by a 4-2 win for the combined U13/12 B’s with Millie voted star player.

- Thursday: It was the turn of the U15 team. In a closely fought match (outside in freezing conditions!) the U15 girls worked well to secure an 8-7 win v Farringtons with Alicia scoring three goals in succession to gain the victory. Chantelle was voted MVP but excellent team work was shown throughout.

The U12 and U13 Rugby teams were on the road this week, travelling to Sevenoaks School. Our players battled hard in very snowy conditions and walked away with 1 win, 1 draw and 1 loss. There was plenty of Radnor spirit on show and Mr Green was very impressed with the attitude and effort from the teams.

Friday saw a bit of history made as the U13’s welcomed Solefield for their first ever competitive Basketball match. It was a fantastic spectacle and the boys were unlucky to finish on the wrong side of a 22-18 defeat, narrowly losing out in the final minutes.

Well done to all involved and thanks (as always) to our parents for their continued support.