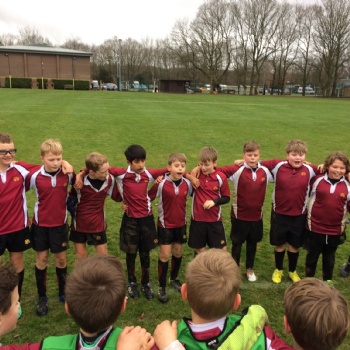 It was another busy week for Radnor Sport with home and away fixtures across the school.

The standout performance of the week came from the 1st VII who beat Bennett Memorial 27-11. It was a superb display of netball teamwork with Lottie voted outstanding player of the match. Special mention should go to Eleanor for her brilliant shooting and attacking drive throughout the whole match.

On Thursday, the Radnor teams travelled to Lingfield. The U15’s enjoyed a close competitive match whilst the U14’s (playing an older Lingfield team) were unlucky to lose by one goal in the closing seconds. Congratulations to Paloma and Maisie for being awarded most valuable players.

Over on the Rugby pitch our Prep teams did Radnor proud, winning 3 of their 4 fixtures against Rose Hill. The U9’s were particularly impressive winning 10-1 (U9A) and 10-2 (U9B).

Well done to all involved in fixtures last week. This week promises to be another busy one with the Prep House Swimming Gala taking place on Wednesday, as well as fixtures in Rugby, Football, Swimming and Netball.