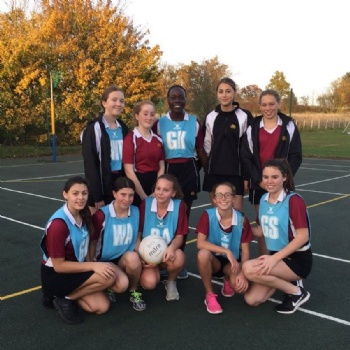 The Radnor House athletes returned to school this week refreshed and full of energy after a relaxing half-term break.

The U14 netball team had a gruelling start to the week with a series of tough matches at the Kent County Tournament. With another fixture against Beechwood just 2 days later, the girls showed real strength of character and emerged victorious with a solid 15-7 victory.

There was plenty of action on the football pitch too, with Radnor fielding four Prep teams. The standout victory of the week came courtesy of the U10’s who overcame terrible wet weather to secure a 10-0 win vs Steephill. The U9’s also deserve special mention for their 7-0 victory vs Fosse Bank. A combination of exceptional teamwork and fantastic individual skill showed why they are such a force to be reckoned with. The U8’s and U11’s both enjoyed tight games, losing narrowly by just one goal. Mr Rock was nonetheless delighted with their attitude and endeavour.

Over in the pool, the Radnor Senior Swim team hosted Dunottar. It was a strong overall performance again by our swimmers who emerged victorious with a final score of 118 points to 110.

Congratulations to all of our pupils on another super week of sport!