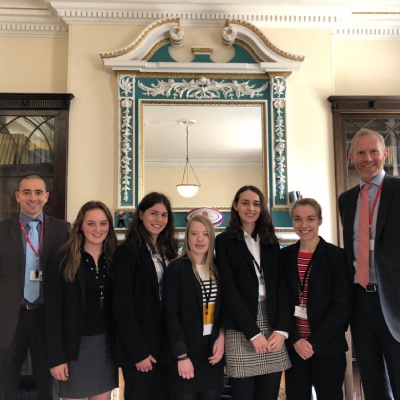 Radnor is returning this week after what feels like a long summer break.

After two days of teacher training this week, I know everyone in school was looking forward to seeing the children again.

We are opening our doors this year to 89 new students from Nursery through to Sixth Form and in total almost 430 children joined us on the first day of term.  For a school that was on the brink of closure only three years ago we have witnessed a remarkable turnaround and all credit must go to my incredible colleagues.

This is the start of my third year as Head and over the past 24 months Radnor has reinvented itself. It has set itself apart from the crowd and is oversubscribed in many year groups.

For the first time ever in Year 7 there will be almost 60 children across the year and the Prep School is virtually full in all year groups. As impressive as this is the real work of developing our school into one of the best in the country has only just begun.

Our focus this year is on 'excellence' and part of my presentation to colleagues on Monday morning was about the importance of mindset and expectations in achieving excellence in all that we do.

Excellence is virtually an unattainable goal as some of these examples highlight. Usain Bolt missed the opportunity of triple gold medals in consecutive Olympic races because a teammate was disqualified in 2008. Chris Froome has held the Tour de France and Vuelta a Espana title concurrently but has yet to complete the 'Triple Crown of Cycling' by winning the Giro d'Italia or World Championship in the same calendar year. Mia Hamm is generally considered to be the greatest female football player of all time, winning gold at the 1996 and 2004 Olympics but, she missed three gold medals in a row in 2000 after losing narrowly to Norway in the final.

These are all remarkable achievements but I wonder how many of them remember the titles that eluded them more than the ones they achieved?  What sets them all apart is their ambition. They were not afraid of failure, they worked tirelessly in pursuit of a goal and, most importantly, they improved and grew as people throughout their careers.

Excellence is a habit of mind which each of us can develop. As the start of term gets underway I am encouraging the whole school to aim higher than they feel comfortable with and be unrelenting in their own pursuit of excellence. We are all capable of great things if we truly believe it.

Have a super year ahead everyone.