And Radnor's next Head Student is..... 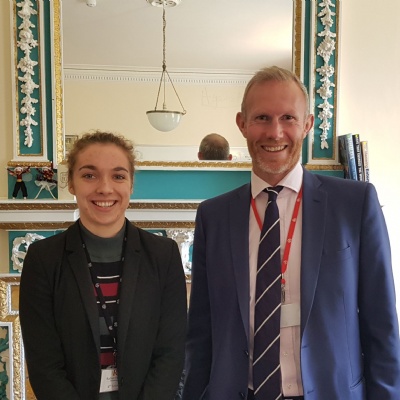 It all started with an advert. 'Head Student wanted' was more or less the challenge thrown down to our Lower Sixth several weeks ago.

What they probably had not fully appreciated at the time was that in addition to a nice covering letter outlining why they felt suitable for the role, they had to deliver a series of husting-style presentations across the school canvassing opinion and collecting support along the way. This is where some of the candidates truly showed the school value of courage, as it can be a daunting prospect speaking to all of your peers.

To top off proceedings all candidates were also invited to a gruelling interview with a few of the big-beasts from the Senior Leadership Team.

We are keen on British Values at Radnor and democracy is a key part of them. Giving all students a vote on an important decision like this and sticking by the outcome is a key part of what makes Radnor so special.

The prospective Head Students had to attract enough support from the Prep and Senior schools to have an outright majority over the other candidates. The interview was very important, but it was really important for us to also hear and be influenced by the voice of the students and the eventual winner managed to secure a majority of the student ballots.

After a long and successful campaign I am absolutely delighted to announce that Maisie Granger has been selected as our new Head Student for the academic year 2018/19. Supporting Maisie will be Lexi and Grace in the roles of Deputy Head Student, whilst Amy and Zara will become Senior Prefects.

These are important roles for the school as they not only have to deliver presentations and attend events but more than this they act as guardians of the school's ethos and a shining light for other children to aspire to.

Maisie has been actively involved in just about every part of the school for several years now. She is as well known in the Prep as she is the Senior School and is often considered the glue which binds the student body together. The Student Leadership Team around her is equally impressive with high level musicians, artists, sports stars and entrepreneurs making up an eclectic group of your people.

We are very proud of these five students and I really do wish them every success in their new roles for September.