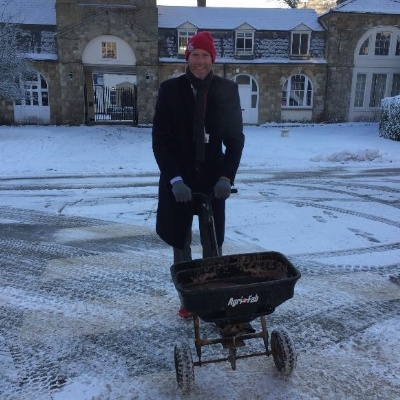 Well, it’s official...Radnor Sevenoaks is just about the only school in this part of the country to remain open all week.

We’ve seen it all in the last few days: 20cm of snow on Tuesday, -13 degrees C on Wednesday and wind speed of up to 60mph on Thursday and Friday.  The Beast from the East has thrown everything it had at us for four days now but Radnor has stood tall and stayed open.

Of course people have their own views and I suspect there is roughly an equal number of people who think we’re mad to those who celebrate the stoicism of days like this, but perseverance is what we’re all about at Radnor.  Our values define us, they make us who we are so rather than simply talking about them we encourage our pupils, parents and staff to live them each and every day.

For many their local conditions have been so poor that the roads were simply impassable and I completely understand that it was not an option to travel.  The ice and snow has caused travel disruption across the country and I understand if people took a different view and decided to stay home over the last few days.

So why did we decide to open when everyone else was shutting up shop?  Why risk criticism, injury and frostbite just to prove a point.  Firstly, it is barely seven days since I launched Radnor’s new Outdoor Adventurous Education curriculum.  Building on the need to develop resilience in young people we have devised a plan which will see them camping and learning bushcraft skills throughout their time at the school.  Saying this and then closing because it got a little cold seemed contradictory.

Secondly, we only have five weeks this half term, that’s 25 working days during one of the most important times of the year.  We’ve had A-Level mock papers to mark and return, external Sixth Form students to assess, new jobs to recruit for and lots of organisational matters to deal with.  In short we couldn’t afford to lose the time.

Finally and probably most importantly it’s our duty to model certain behaviour to children.  Excellence comes from practicing even when you don’t feel like it.  School is similar and it would have been very easy to close but rather we are pleased to have made the most of the time available and hopefully led by example.

The final day of the week saw children bring in sledges and enjoy the snow.  These are the things that make long lasting memories and I am very proud of the colleagues I work with who stood tall and kept us open during one of the most challenging weeks I can remember.  Bring on spring!