Have we lost the ability to assess risk? 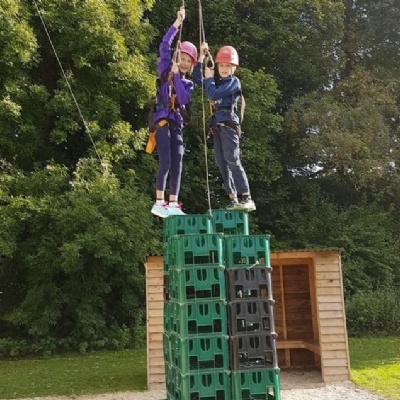 I was struck by an interesting fact I heard the other day, it went something like this. When most existing parents were growing up, sometime during the 1980s and 1990s, 85% of children either walked or cycled to school, mostly unaccompanied.

Today that figure has been completely reversed with 85% of children now being dropped off at school.

This has been playing in my head for a few weeks now. Perhaps it is the increasing incidence of childhood obesity which on some counts has now overtaken that of the US. Allowing children to overeat and under-exercise puts them at an increased risk of developing chronic diseases later in life, yet many parents still allow it to happen. Some Head Teachers have even started making their school children run a mile before lessons start in an effort to get them active.

Fewer cycles and walks to school also tells me something about how we view the outside world. Do we really believe that there is danger around every corner and every stranger is a potential child abductor? Of course children have to be vigilant but is there more long term risk in shielding children than from ever properly assessing whether someone might do something nasty to you?

When most of us walked to school we were subconsciously assessing danger every second - how fast is that car moving? What happens if I get lost? How close should I cycle to a parked car to avoid the risk of a door being opened and me being flung into the middle of the road? All of these are real risks but through experience we learn how to cope with them and end up stronger as a result.

This also tells us something about our approach to hygiene....perhaps a tenuous link but let me persevere. Rates of acute lymphoblastic leukaemia (ALL) are rising and some doctors blame our modern lifestyles which restrict very young children from playing in the dirt and mixing with other children. I see it myself as parents and teachers try to install hand sanitizers at every turn, petrified at the risk of contracting an illness or disease. What they often miss is the increased risk of disease from an under developed immune system.

Finally I think the change in attitudes around commuting also touches me because we often ignore the greatest and most obvious risks and overstate the smaller ones.

It is well documented that since the first smart phones were launched in 2007 childhood anxiety, depression and suicide rates have been increasing significantly. What I think is less clear is whether there is a causal link between the two, this is important but comes back to our ability to accurately assess risk.

For some reason we seem to have forgotten our natural risk assessing capabilities and instead listen to the hysteria of the social media madness. There is risk in everything we do, it is impossible to eliminate it and I would argue that measured risk is very healthy to build the resilient children that will survive and thrive in the world of tomorrow.